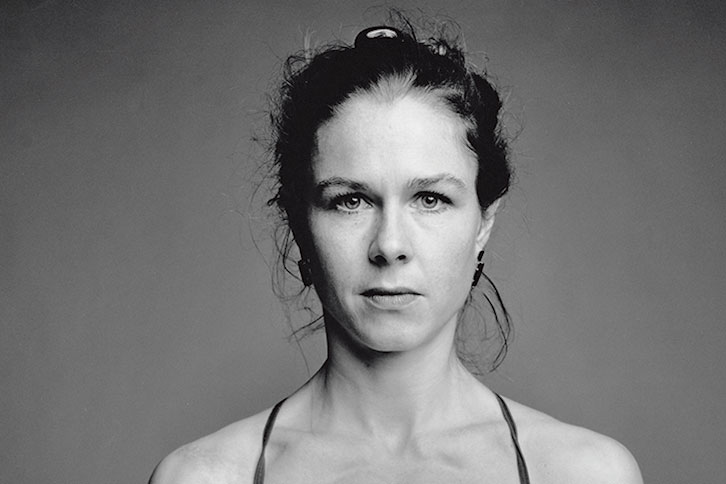 Chloé Moglia invents a new relationship with ethereality in shows that seem to defy gravity. An anagram is created by rearranging the letters of a word to form another one. Chloé Moglia does this with empty space as her material. A tightrope artist by training, she abandons the spectacular and the compulsory to take a more personal direction, suspending herself in empty space. In her pursuit of movement, she creates a shared space with the spectators, and an invitation to dream. Performed in collaboration with Marielle Chatain, who provides live musical accompaniment, L’Oiseau-lignes is both poetic and graphic, creating a distinctive and original artistic grammar.

ABOUT
—
In 2009, in Brittany, Chloé Moglia created the association Rhizome to formalize her exploration of physical space. To date she has produced several shows for the TNB, including Rhizikon (2011), Horizon (2013), and Aléas (2014).