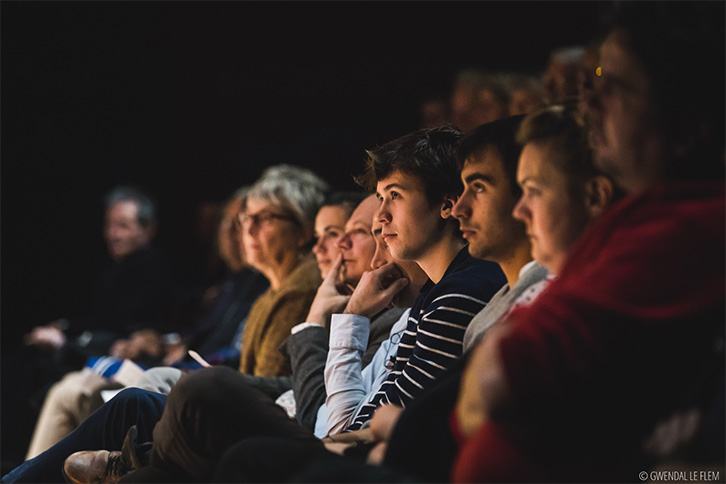 The new project removes the barriers between disciplines and invites the audience to move freely between them. Cinema, in particular, has pride of place in the programming, including cycles of movies and film tributes directly associated with the regularly announced shows.

With the new intake of students in September, the 2018 academic year of the TNB Drama School will begin with a renewed vision under the combined impetus of Arthur Nauzyciel and Laurent Poitrenaux, the school’s associate academic director. Designed around a group of artists and research fellows, the project will enable the TNB to provide multidisciplinary training in acting which is both open-minded and international.

The TNB European Center for Theatrical and Choreographic Production partners with associate artists and their collaborators in the creation of remarkable artistic projects. More specifically, the TNB invests in the production of creative works for the theater, music, dance, visual arts and cinema, as well as in the field of the humanities. After being developed and produced in different languages in residence in Rennes, the shows go on tour around France and internationally on stages in Europe, North America, Africa, Oceania, and Asia.

Strengthened by a regular and fruitful collaboration with the Institut français since the Focus Performing Arts de la Scène in November 2018, bringing together some sixty international programmers, the TNB signs in 2020 a multi-year agreement (2020-2022) with the Institut français. The purpose of this partnership is to create synergy and pool resources in order to support and develop the TNB's international activity.

The relationship with the international scene has been the backbone of Arthur Nauzyciel's work since he began directing, having created most of his shows abroad with ensembles and independent teams on three continents (North America, Europe, Asia). Each new project is a convergence between a context, a text and a setting that reveals the dramaturgical direction. Being in a setting where the theatre is constructed according to other ways of functioning, working with actors whose bodies and minds are crossed by stories, images and references that are different from those of the director, is a source of inspiration for Arthur Nauzyciel, to offer a unique perspective on a text.

United-States | Between 2001 and 2015 Arthur Nauzyciel creates five plays in the United-States collaborating with American and French actors and artistic collaborators. Each piece pursues Arthur Nauzyciels work of a close investigation of the text. Performed in English and premiered in the USA, these performances eventually meet the french audience.

On-line : Splendid’s on-line (2020)
In march 2020, in the contexte of the COVID-19 pandemic, the original cast of Splendid’s made the connection between their predicament and the play’s scenario : confinement, exterior threat, solitude. They worked for two months with Arthur Nauzyciel and created a digital adaptation by zoom of Splendid’s, gathering simultaneously French and American actors from 8 different cities. 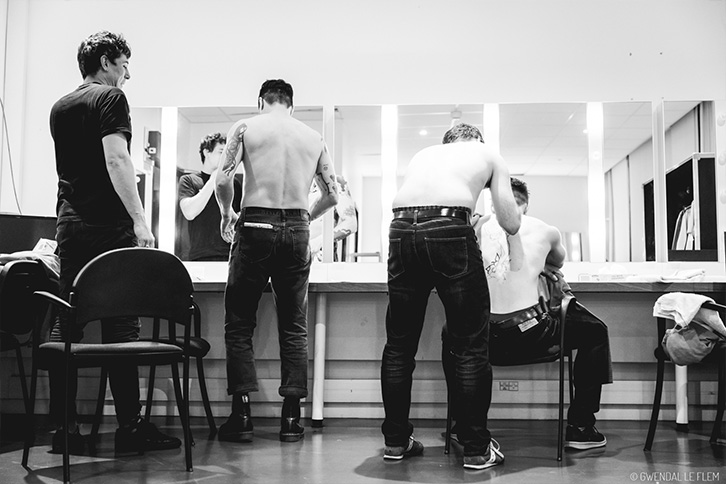 Team of Splendid's in preparation before the show © Gwendal Le Flem

In 2019, Arthur Nauzyciel creates Love's End at the Wooran Foundation, a formidable multidisciplinary creation centre based in Seoul. There he reunited with Ji Hyun-jun and Moon So-ri, faithful artistic collaborators and main characters of The Empire of Lights. The two shows can be presented as a diptych and gives to hear the resonances between the texts.

Czech Republic | Throughout 2022, Arthur Nauzyciel work with actors from the National Theatre in Prague on a shared creation. He will direct La Ronde by Arthur Schnitzler. This play will be premiered on 3 November 2022 in Prague for 4 performances. La Ronde will then be presented at the TNB in Rennes during the 2022-2023 season.

The TNB is involved in the implementation of the European research/action project Argos, supported by the Creative Europe programme of the European Union. Major artists of the European contemporary scene, such as Romeo Castellucci, are participating in this cooperation project which questions several devices for observing the creative process.

The project was built with the following artistic and cultural structures : The Théâtre National de Bretagne, Au bout du Plongeoir (France); The Théâtre National Dona Maria II of Lisbon, the Almada Festival and the Theatr'O Bando (Portugal); The Troubleyn Laboratorium, the Toneelhuis and the Moussem Festival (Belgium); the Societas Rafaello Sanzio (Italy)

The closing international conference, entitled Escale Argos, took place on 9 and 10 April 2021 (in an online version instead of a conference initially imagined at the TNB and the University of Rennes 2 - due to the COVID-19 pandemic). 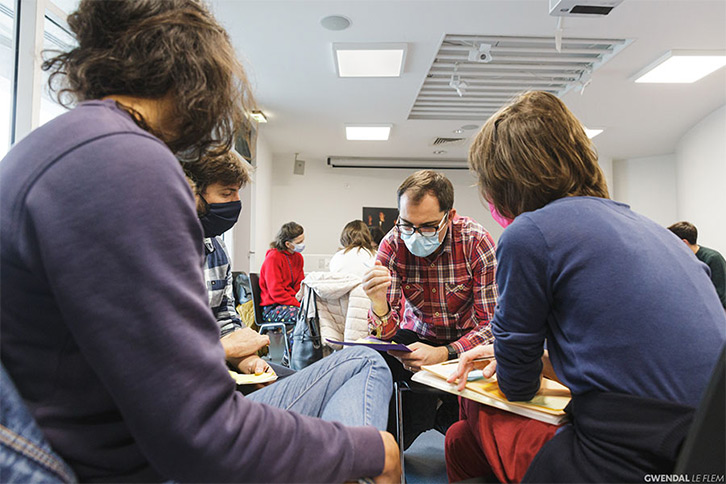 In 2021 and 2022, the TNB will provide its support and expertise in the framework of a European project of intermediation, experimentation and investigation on the dialogue and collaboration between youth groups and professionals from cultural institutions.

This project will bring together the Rennes-based associations Jeunes à Travers le Monde (lead organisation) and Coop Eskemm, as well as partners in Germany (Kampnagel cultural institution and Beyond Borders association in Hamburg) and Romania (Reset NGO and Radu Stanca National Theatre/International Theatre Festival in Sibiu).

Cultural institutions such as the TNB are constantly questioning the challenge of opening up to their territory and addressing the whole local population, especially the young adult generation. At the same time, youth organisations propose and/or support spaces for experimentation and free creation, particularly artistic, by and for young adults.

The challenge of this project is to create a cooperation process between youth collectives and cultural institutions. The objectives are then to encourage their inter-knowledge, to encourage their mutual understanding and to support their common experimentation for a stronger appropriation of the theatre by young adults.