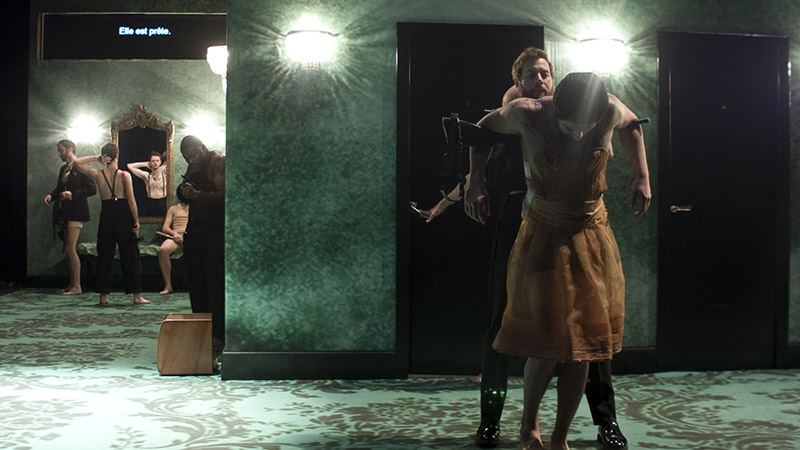 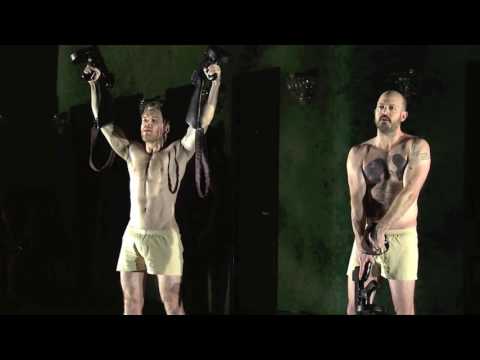 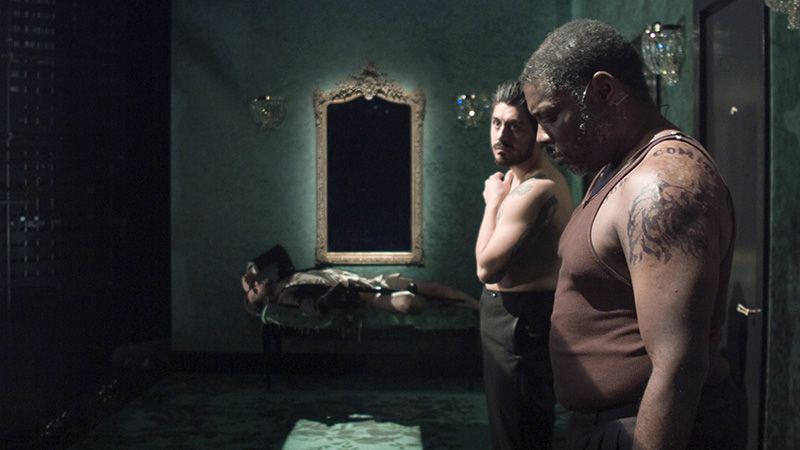 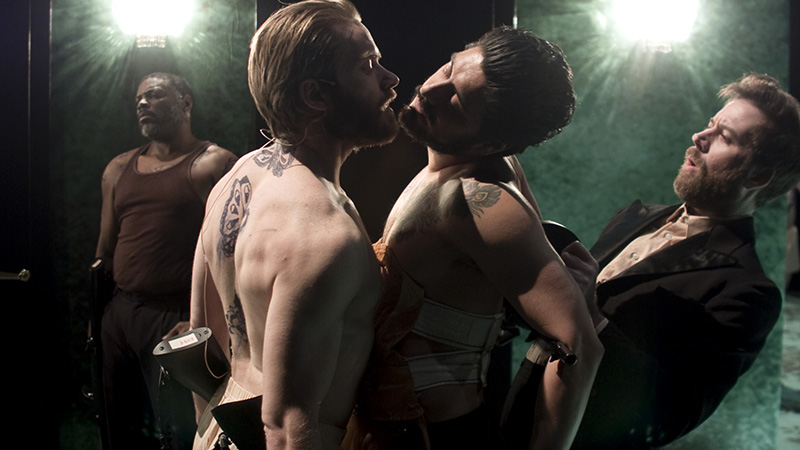 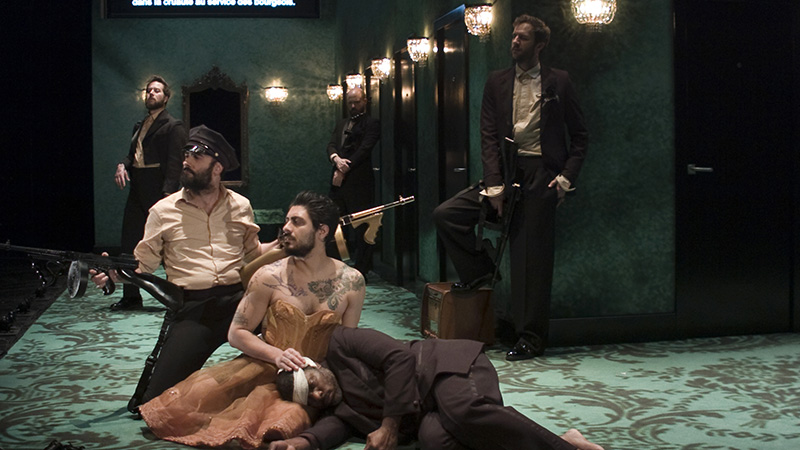 In English with French subtitles

On the seventh floor of the Splendid’s Hotel, seven gangsters hold out, surrounded by the police. They have kidnapped, then accidentally strangled an American millionaire’s daughter. The outcome of the abduction leaves little doubt: it will end in bloodshed for the gangsters. It is the beginning of a spectral dance of death where they will play what they never were. Under the approving gaze of a cop who has betrayed his side, having gone over to the gangsters, the gang strives to postpone the final assault.

Jean Genet’s play pulsates like an echo to his only film, Un Chant d’amour / A Love Song, in which he filmed the masturbatory sexual acts of prison inmates as a guard looks on with voyeuristic pleasure. Genet creates a space and time with no possible escape where every action, every spoken line is heavily weighted with unsaid things that clash with the inevitable. The text itself is full of unconscious thoughts that come to the fore, including fears out of which arise ghosts, and attempts at seduction which molt into carnage. The cop hiding among the gangsters is the prison guard of A Love Song, and Genet himself slips through the meshes of fiction via one of the main characters, Johnny alias Jean. The author, himself a former delinquent and prison inmate, wrote about his own aimlessness, crimes, loves and subversive morality in the novel, The Thief’s Journal. In Splendid’s he engineers a fascinating mise en abyme.

Ever since his staging of Shakespeare’s Julius Caesar in Boston in 2008, which he presented at the opening of the 2009/2010 season, Arthur Nauzyciel has been keen to stage Genet’s play with the same company of American actors. In this new production Nauzyciel revives his collaboration with some of his long-standing artistic associates: the scenic designer Riccardo Hernandez, the lighting designer Scott Zielinski, the choreographer Damien Jalet, the costume designer José Levy and the sound designer Xavier Jacquot. Splendid’s embodies a desire to continue an aesthetic exploration of the theater and film where the lines between dreaming and waking, reality and illusion, are blurred. The American players, along with the French stage actor Xavier Gallais, coax us into Splendid’s unusual sensual universe. This is Genet’s deeply personal version of the meeting between Hollywood and the French crime novel. Each show features the projection of Genet’s Un Chant d'amour (1950, 26 min).

Production: Théâtre National de Bretagne.
Coproduction: Centre Dramatique National Orléans/Loiret/Centre; Région Centre, Le Parvis, Scène nationale Tarbes-Pyrénées; Centre dramatique régional de Tours — Théâtre Olympia; MCB° Maison de la Culture de Bourges, Scène nationale. With the support of the French Institute and the city of Orléans. With the participation of The Cultural Services of the French Embassy in the United States, the Abrons Arts Center, and the Pioneer Works for New York’s rehearsals.
The set has been built in the workshops of the MCB° Bourges, Scène nationale.