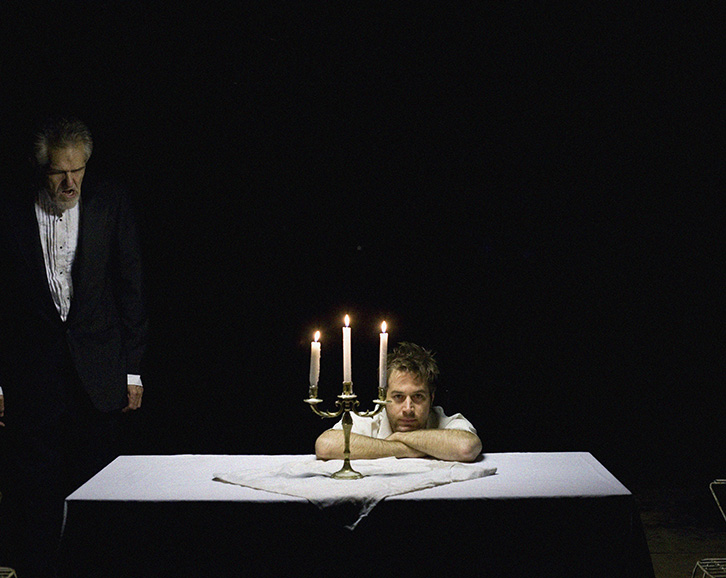 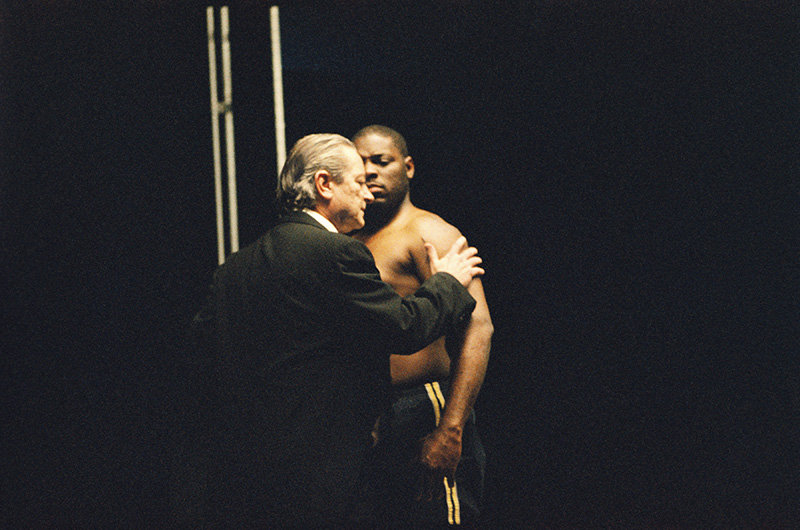 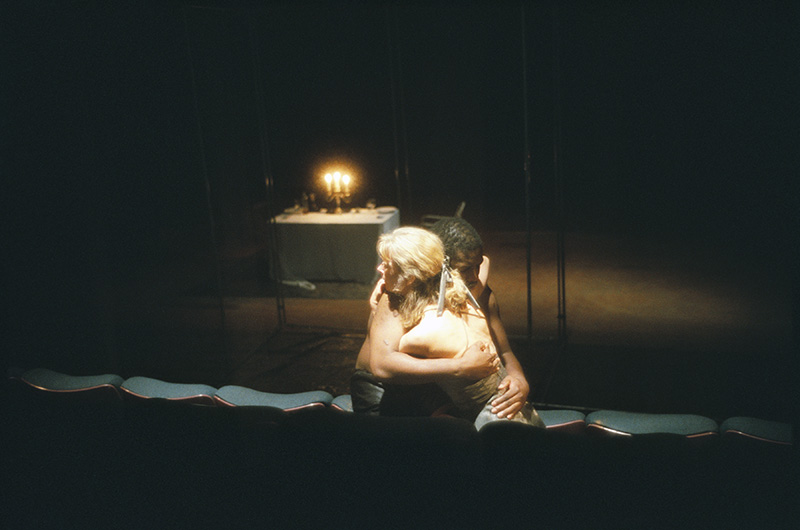 The body of a black labourer has gone missing from a French construction site in Africa, and the lives of four characters will never be the same again. Without the dead man’s body, Koltès’s characters are left facing an empty grave, unable to mourn properly. They have only words to fill the void.

« I created Black Battles With Dogs in Atlanta. The earth there is red, and the city itself is black and white, a perpetual work-in-progress since the era of its historical clashes and devastating fires. A city on edge, haunted by its dead. A city where memory is relentlessly erased, even as it is being unearthed. From the Civil War to the civil rights movement that put an end to racial segregation (70,000 African Americans lynched in 70 years), from Margaret Mitchell to Martin Luther King, from Gone with the Wind to Deli verance , the city of Coca-Cola and CNN continues to tremble and struggle.

The initial creation of Black Battles With Dogs in Atlanta went hand in hand with an awareness of the city’s unique political and artistic heritage. What came as a surprise to me was how the process of introducing Koltès’s work to an American public entailed a rediscovery of the playwright himself. This was possible precisely because we found ourselves in a different place, with a different resonance. We discovered Koltès through his confrontation with another language, other bodies, and a different world. Over there, the whispered breath of one who has died but been denied a burial tells me a story of the Other, of Love and of Abandon. »