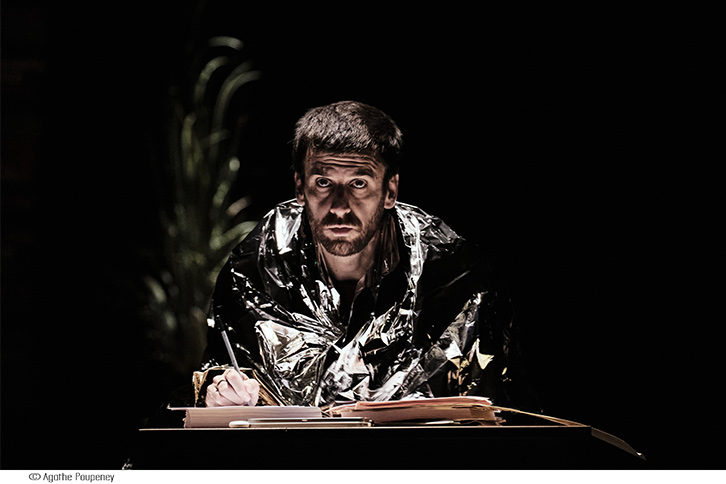 ‘I would prefer not to’ – the response of Bartleby to a request from his boss, a Wall Street lawyer. Previously a model employee, this non-descript clerk is transformed into a repetitive machine as he tirelessly restates his mantra, ceases to work, starts sleeping in his office, and imposes his inertia so completely that he is finally taken to prison. All of this to the astonishment of his employer who tries, despite his incomprehension, to save this man who has chosen radical withdrawal.

Written in 1853, Herman Melville’s short story brings with it a flood of questions. What does Bartleby’s stubborn refusal mean? Who and what is he resisting? What does his attitude say about the emptiness of the world that surrounds him? In this character perhaps one can see a call to slow down, a plea for degrowth. But as much as director Rodolphe Dana has mastered the political, metaphysical and psychological resonances of this work, he wants above all to evoke a fragment of the profound nothingness – the void – with which Melville’s story confronts us.

ABOUT
—
The American novelist, essayist and poet Herman Melville is best known for his work Moby Dick. Rodolphe Dana is an actor, a director and the co-founder, with Katja Hunsinger, of the collective Les Possédés. Since 2016 he has directed the Théâtre de Lorient, where he created Price (2017) and Le Misanthrope de Molière (2018).