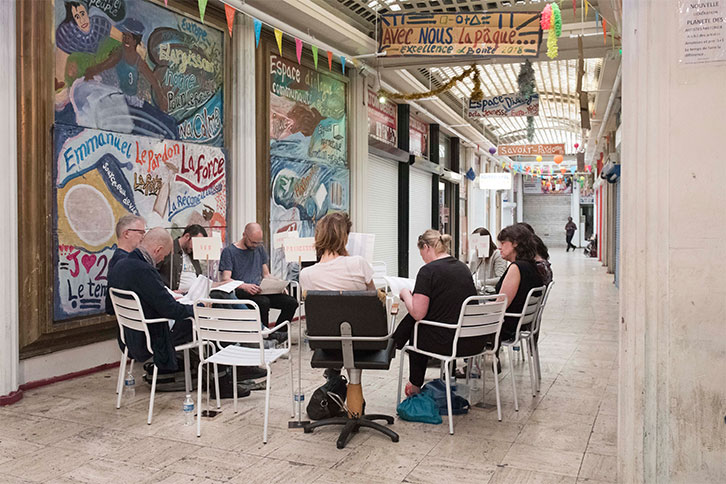 Eight people were invited to an exchange of views on love : a woman raised in a Kibbutz, a protestant minister, a sex club manager, a German Buddhist, a sex worker, and a neuropsychiatrist. The conversation rapidly switched to questions of belief, collective practices, and democracy. These conversations were published as a book. The transcription of these dialogues are presented to the audience. The audience, in turn, is invited to give voice to the arguments of others, to speak words that are not their own, and to enter into unexpected universes, exploring their own levels of tolerance and indifference. In so doing, a thought process emerges on the fragility of European society where diverse populations living side by side are occupying an ever-growing space.