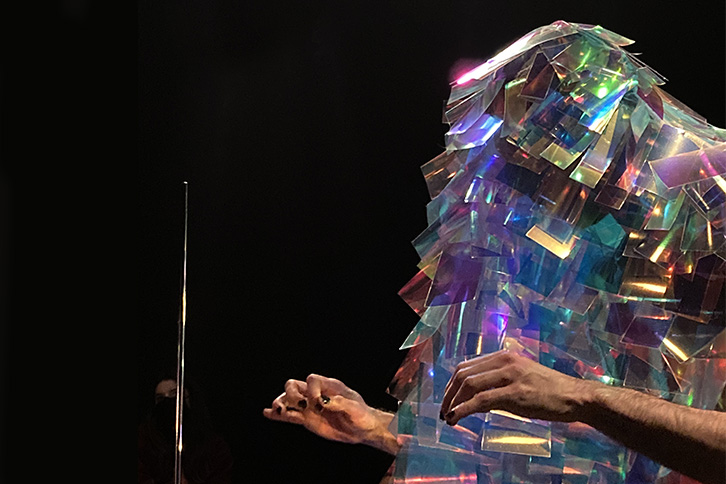 La Nuit tombe quand elle veut is a convergence, a confrontation, and, ultimately, a creative détente in which two artists and choreographers bring together their respective universes. Created by Latifa Laâbissi and Marcelo Evelin, the piece exhibits Laâbissi’s taste for mixing styles and forms, and Evelin’s radicalism. It is a vigil that resists the passing of time, the falling of night. A work that invokes a moment of ritual and festivity. An open door to an otherness which the bodies of the dancers instantiate and reveal.

This is the first time that TNB associate artist Latifa Laâbissi has worked with Marcelo Evelin, new to the stage at TNB. Laâbissi has previously been seen with White Dog in 2020, and this season with Ghost Party.