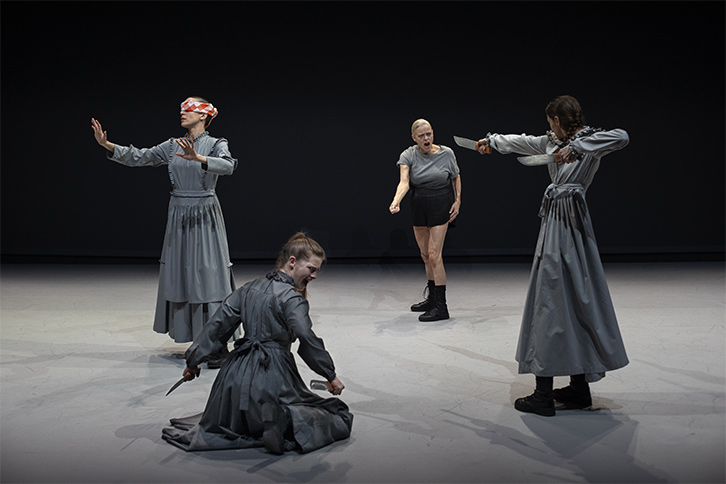 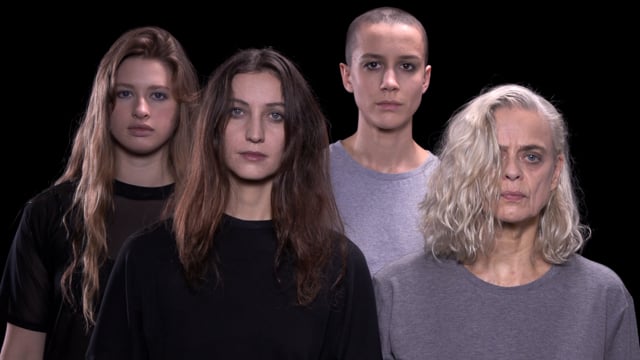 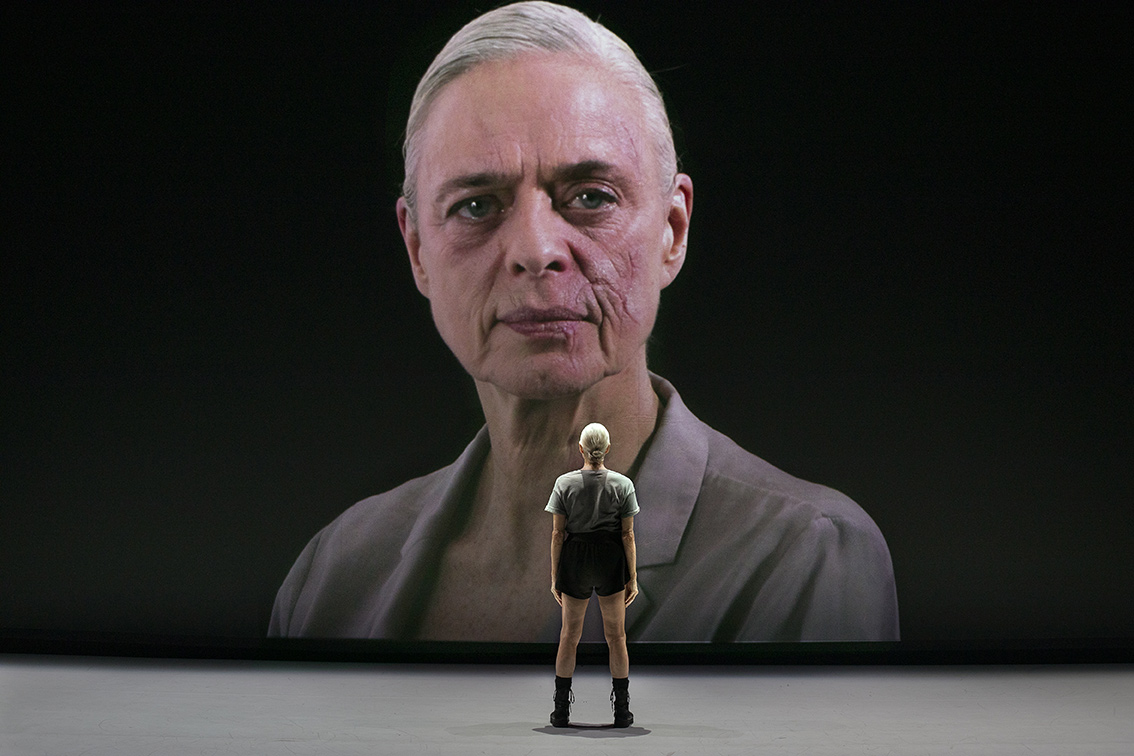 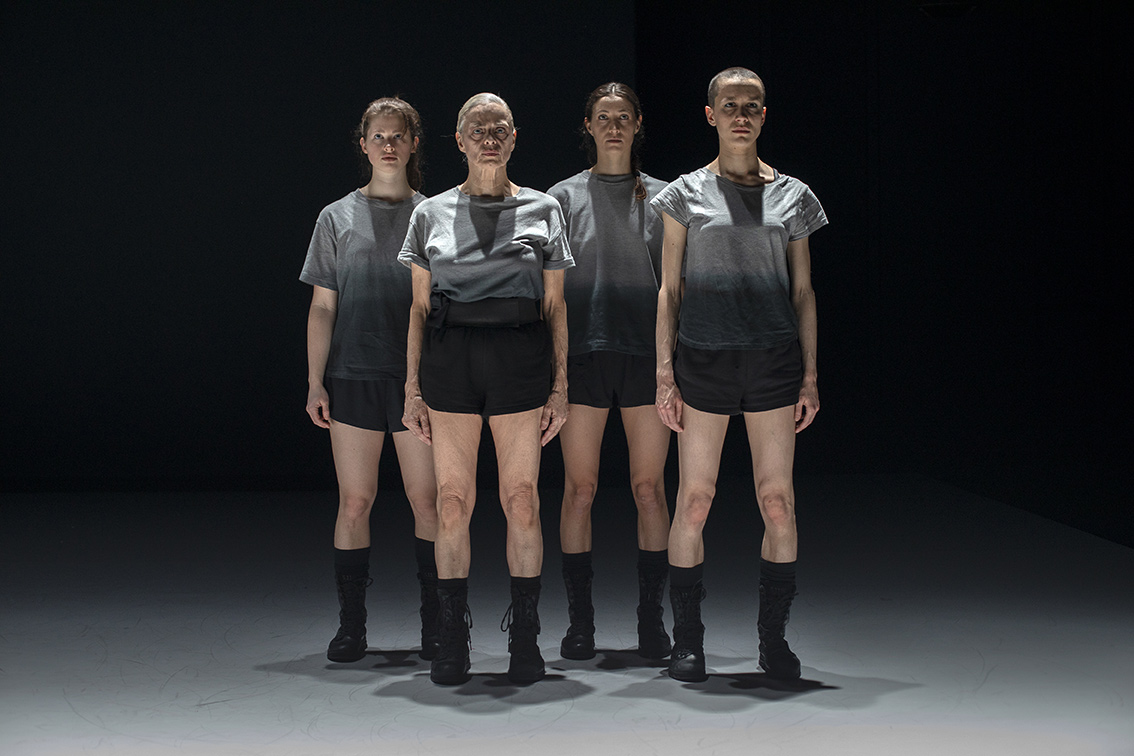 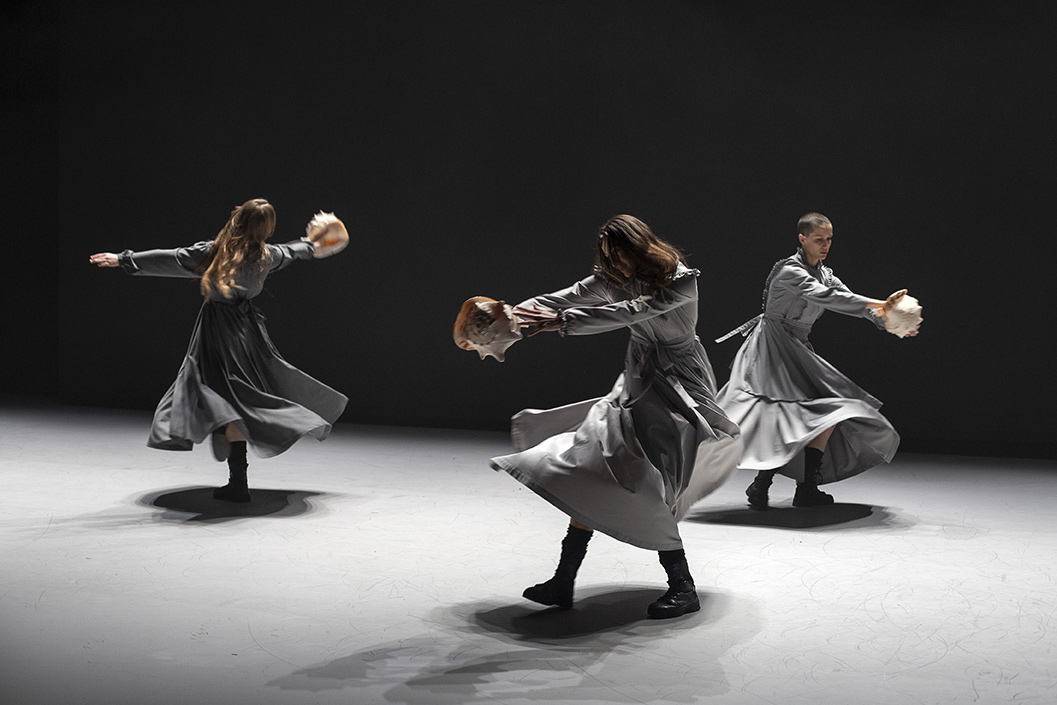 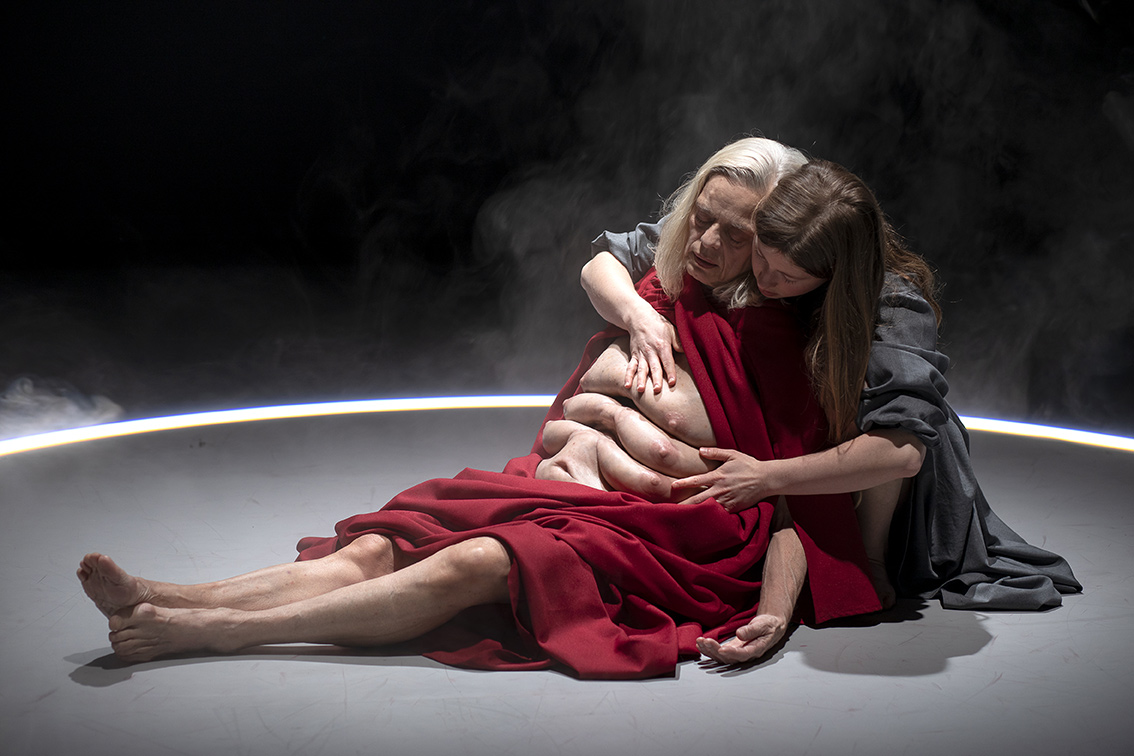 In partnership with Le Triangle

How to become aware of the conscious and unconscious influences that prevent us from being fully ourselves? On stage, four dancers, aged between 23 and 65, pursue this quest for liberation. Big Sisters is inspired by Les Guérillères, a novel and manifesto by feminist theorist Monique Wittig that details the emancipation of a community of women. From this strong foundation, the performance, imagined in the form of an experimental film, builds a series of portraits and self-portraits in which the performers turn their bodies into the weapons of liberation. In a choreography caught between joyous ritual and bloody battle, the message of the piece remains clear: that the time has come for each of us to grasp our power and put it into action.

ABOUT
—
Théo Mercier’s artistic practice lies at the crossroads of anthropology, geopolitics and visual arts. His work has been shown at the Palais de Tokyo and Centre Pompidou in Paris, at the Moscow Biennale, and at Hamburger Bahnhof in Berlin, among other venues. His collaborator Steven Michel draws connections between science and fiction, harmony and chaos, the analogue and the digital. He works as a performer with numerous artists including Jan Martens, David Zambrano, Falk Richter, Lukas Dhont, Daniel Linehan, and Maud Le Pladec. Mercier and Michel also presented Affordable Solution for Better Living at TNB Festival 2019.