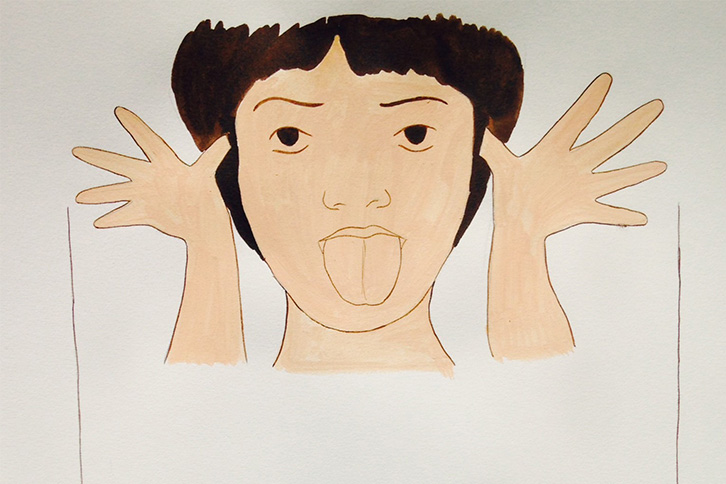 The young Afghan performance artist Kubra Khademi took a risk in 2015 when she walked the streets of Kabul in customized metal armor, emphasizing her breasts, to condemn the sexual harassment suffered by women in her country day after day. When forced to flee Afghanistan, following numerous death threats, she sought asylum in France. She recently made a statement in the streets of Paris when, dressed as a pedestrian crossing sign, she displayed a female figure in place of a green or red man, with a view to including women in the urban landscape.

With Reperformance she offers an artistic reconstruction of the “performances” she imagined and sketched as a child in her native land. They include drawings of sexuality, femininity, and various taboos. She reveals that the roots of her personal conscience and political emancipation lie deep in her childhood. She dares to stand against censorship and the restrictions placed on her freedom to exist as a woman.