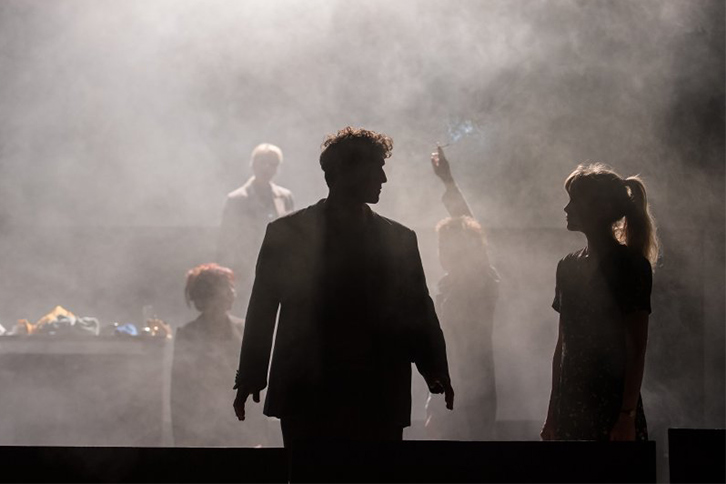 Truffaut’s Le Dernier Métro is a rallying call and, in his own words “a love story as well as an engrossing adventure, expressing our aversion to all forms of racism and intolerance.” A theater is threatened with closure. An actress goes all out to work with her troupe on a new play. Anti-Semitic critics are on the prowel, Nazi collaborators loiter in the wings. But the show must go on. With this choral play, the theater exercises restraint, creating an “open work” that invites theater-goers, inhabited by the memory of the film, to project themselves into the story.

By bringing Truffault’s masterpiece to the stage, Dorian Rossel and his 11 actors confronts us with the same threats that test the world today.