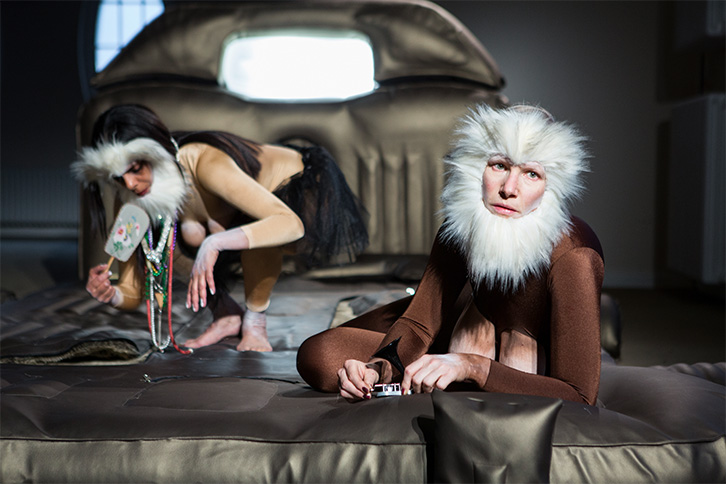 Simian yet so close to us, apes rank among the almost human of animals. The word “almost” transforms them into a projection screen for what humans think is human. At the dawn of the 20th century in the United States, two chimpanzees,
Consul and Meshie, lived like humans with humans, and gradually began to consider themselves as humans. Antonia Baehr and Latifa Laâbissi adopt their own apish identities.

Hairy, impertinent, and shameless, these two human apes occupy an installation by Nadia Lauro away from the stage in a quiet little corner. For over three hours, “Consul Baehr” and “Meshie Laâbissi” exhibit themselves while the audience is free to come and go. Very surprising and funny, they trigger powerful thoughts about physical and emotional violence.