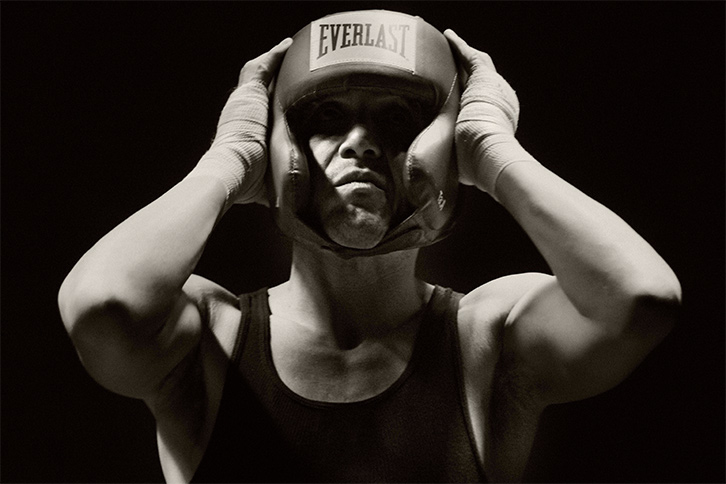 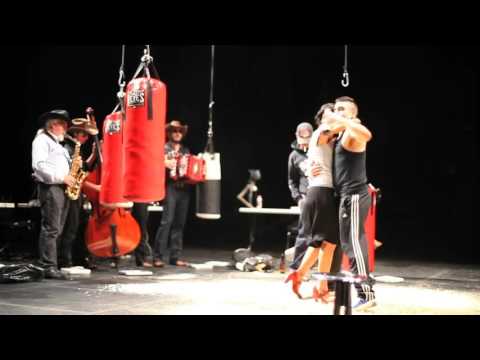 Baños Roma or Roman Baths, is live performance theater at its best, using every conceivable device to evoke the life of the celebrated Mexican boxer, José Angel Mantequilla Napoles. On stage tables are piled with papers and computers; to the rear is a large screen showing archive pictures, family snapshots, films, videos and lyrics, sung in chorus and karaoke. Out of all of this a story unfolds, live before our eyes. Ten performers from Mexico collectively evoke a memory, the life of Mantequilla, a mythical figure in Mexico, native of the town of Ciudad Juárez, murder capital of the country. They portray the picture of a fragmented city, run by drug cartels and abandoned to rampant corruption.

The show is staged skillfully by Jorge Arturo Vargas, the artistic director of the Teatro Línea de Sombra, a function he has held since its creation in 1993. The company examines critically and relentlessly the social and political reality of the country.