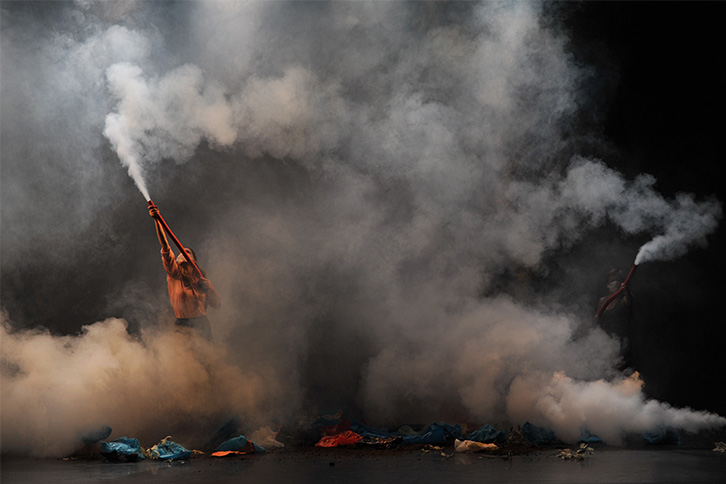 « Life can only be understood backwards, but it must be lived forwards. » — Kierkegaard

This show, like its title, is a palindrome. It can be read the same backward and forward. Some individuals think humanity is moving forward, others believe the contrary. Some fear that the end is near, others call them scaremongers. Regardless of who is right, our species’ quest for progress and its thousands of years of presence on earth have left its mark. Can our actions be reversed? This is an increasingly urgent question well worth raising. Are we not drawn onward to new erA does so. It is a visual metaphor for that crucial moment in our near future when the question arises: is humankind en route to its demise or to its salvation?

ABOUT
—
Since its creation in 1994, the Belgian company, Ontroerend Goed, whose artistic director is Alexander Devriendt, has toured the world with their productions such as The Personal Trilogy, Audience, Fight Night, £¥€$.