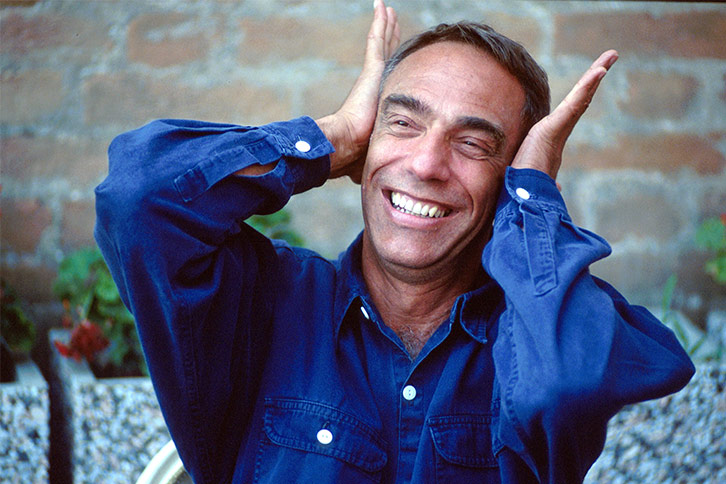 It was during rehearsals for his piece Chroma, adapted from the book by Derek Jarman, that Bruno Geslin had the idea to make a prelude for it in the form of a film-concert-performance.

Until his death from AIDS-related illness in 1994, the British artist Derek Jarman touched on everything, working as a writer, painter, filmmaker and gardener. In 1985, he recorded a film essay called The Angelic Conversation. In this experimental piece, he juxtaposes Shakespeare’s sonnets with a slow scroll of photographic images. 2 male lovers walk freely through the countryside, giving birth before our eyes to (in Jarman’s words) ‘a dream world, a world of magic and ritual, yet there are images there of the burning cars and radar systems, which remind you there is a price to be paid in order to gain this dream in the face of a world of violence’. The images pass at a rate of six per second, the tempo of the human heartbeat. On stage, the film is projected onto a large screen, accompanied by original music from the group Mont Analogue, who connect the work to the present and encircle the words of actor Olivier Normand as he reads 14 of Shakespeare’s sonnets.

The Angelic Conversation is an introduction to Derek Jarman’s impressive work as a filmmaker as well as Bruno Geslin’s captivating theatrical style. The perfect prelude before discovering Chroma.