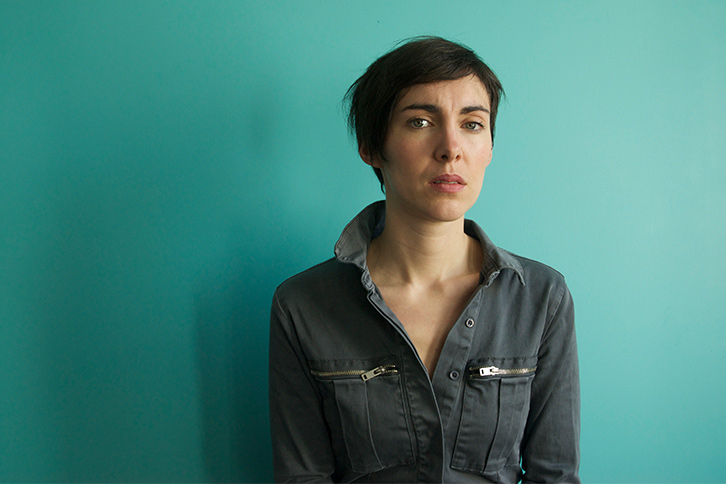 What to make of a world where we no longer know how to cry? A world that is drying out, emotionally, as the planet is drying up. An arid world where the wildness of life has been frozen by the fatal diktat of etiquette and appearance. Performing Milène Tournier’s text as a slam poem , artist Lena Paugam asks us what remains of the individual in a world progressively armouring itself against the expression of emotion.

Commissioned to produce a work on frustrated teenage love affairs that drew inspiration from Barbara Strozzi’s 17th century lament Lagrime mie, Paugam has created a hard-hitting performance that centres on the disappearance of tears in our modern society. An intriguing premise, and one that rejects the fashionable cliché that women must be powerful in order to exist. Instead, with the confidence of one who knows that force does not only come from the exercise of power, Paugam offers us the portrait of an ordinary woman who, following a personal crisis, loses the ability to cry. With this new work, Paugam closes a cycle of performances dedicated to love and the passions of modern women, following on the heels of the stinging Hedda.