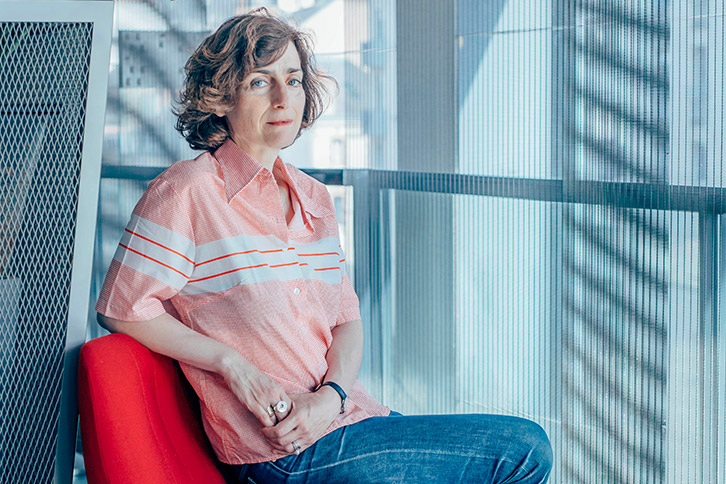 For Arthur Nauzyciel she directed the video for Kaddish (2013) and wrote the stage adaptation of The Empire of Light (2015) and Camille (2018). For the theater, she staged her first show for a young audience with Trois hommes verts. At the TNB she orchestrated a week-end for families. On this occasion she presented her film Quatrième/Fourth, portrait of young people. In 2019, with Albin de la Simone, she co-created an adaptation of Le Carnaval des animaux. In 2020, her first text, Mon grand-père (1999) will be staged by Dag Jeanneret in TNB.