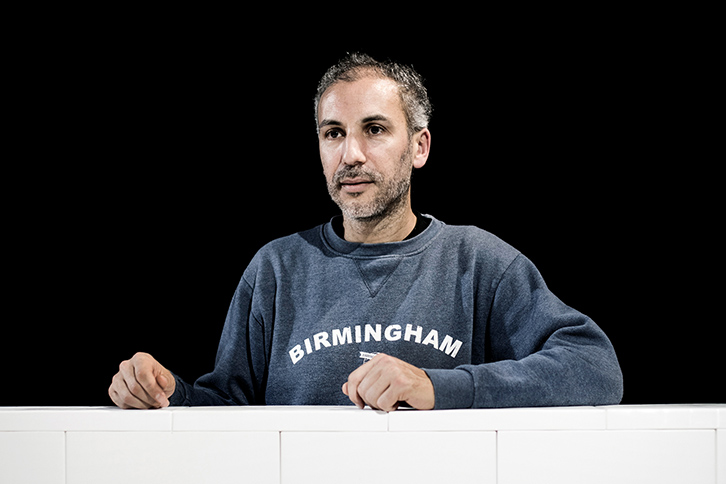 Author, filmmaker, and stage director, Mohamed El Khatib co-founded, in 2008, the multidisciplinary collective Zirlib on a simple postulate: aesthetics is not without political sense. With À l’abri de rien/No Where to Hide (2009) he turned his attention to the idea of grief, continuing his reflection with Finir en beauté/Finishing on a High Note in 2015, and C’est la vie/That’s life in 2017. His documentary work includes Moi, Corinne Dadat and Stadium, produced with die-hard football fans.

For the TNB he will inaugurate a cycle of rendezvous with the filmmaker Alain Cavalier as his guest. He is currently at work on several documentary-fiction projects for the theater, literature, and the cinema. The substance of his work might be characterized as follows: intimate epics are the mirror of reality.