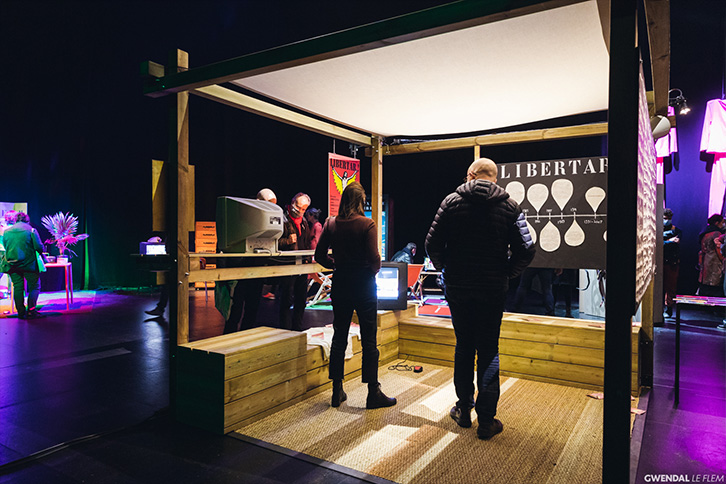 Conceived by Albin de la Simone with the collaboration of Clémentine Deroudille and Perrine Villemur, this exhibition sees the phantom films attempt to materialise.

In TNB’s different spaces, from the ground floor to the fourth, you will find traces of these fictitious films: costumes, posters, merchandise, reviews, even videos ranging from vox pops to a purported dubbing session. Nonetheless, Albin sticks to his promise: these films will never exist; the imagination has free reign.

An artist, composer and performer, Albin de la Simone is an associate artist at TNB. In December 2018, he collaborated with Valérie Mréjen to create Le Carnaval des animaux at TNB, based on the composition by Camille Saint-Saëns. Also an illustrator, Albin de la Simone will be exhibiting his touring sketchbooks on the walls of Rennes’ central train station.