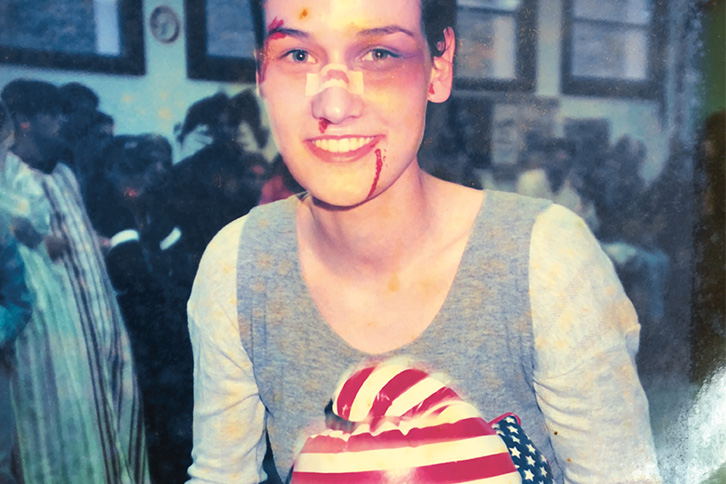 A stand-up mike. An empty stage. An actress arrives on stage: Clotilde Hesme.

Alongside her, Pascal Sangla, a musician, performs and improvises live on stage. The audience is plunged into the daily life of the heroine, an imaginary creation of the novelist, Emmanuèle Bernheim. Her name is Lise. She sees the movie Rocky III at her local cinema and falls head over heels for Sylvester Stallone. She imagines herself in the character of the boxer. At this point, Lise changes her life, her lover, and her profession. This is the story of a metamorphoses undertaken
at forced-march.

Carried forward by the extraordinary energy of the performers, the show draws a straight line between reality and fiction, between popular culture and theater. Is it possible to become someone else by mixing with fictional heroes?

An experienced short filmmaker, Fabien Gorgeart explores the intersections between theater and cinema. In 2013 he met Clotilde Hesme and imagined a character for her in his first feature-length movie, Diane a les épaules.