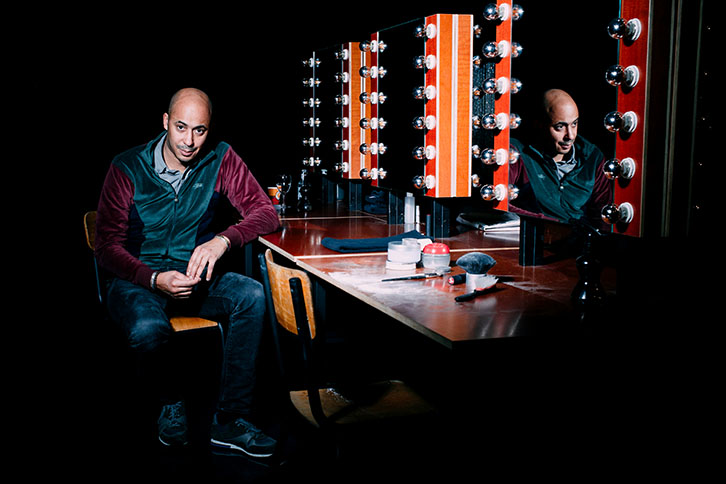 An acclaimed actor and stage director, Jean-Pierre Baro has worked with numerous directors over the years, including Jean-Pierre Vincent, David Lescot, Thomas Ostermeier… In 2011, he directed Ivanov [Ce qui reste dans vie…/ What remains of life] adapted from Chekhov, and in 2013, Woyzeck [Je n’arrive pas à pleurer /I cannot cry] an adaptation of Büchner’s.

Over the past two seasons, Jean-Pierre Baro has staged a number of productions for the TNB: À vif by Kery James, David Lescot’s Master, a slam-rap show, presented in numerous classroom performances; Disgrace, adapted from the novel by J.M. Coetzee; Magali Mougel’s Suzy Storck, his first English-language show, recreated for the 2018 TNB Festival; and Kevin, portrait d’un apprenti converti. In 2019, he will produce for the TNB, Mephisto {Rhapsodie}, based on a text by Samuel Gallet, and developed while in residence in Villejean, a district of Rennes. As of January 1, 2019, Jean-Pierre Baro has been the director of the Théâtre des Quartiers in Ivry.